Toulouse, 27.8.2017: Activists and representatives from different organisations and countries drew a red line at the Airbus Headquarters. They marked the limits of aviation growth and emissions that shall not be trespassed if we take climate change serious. 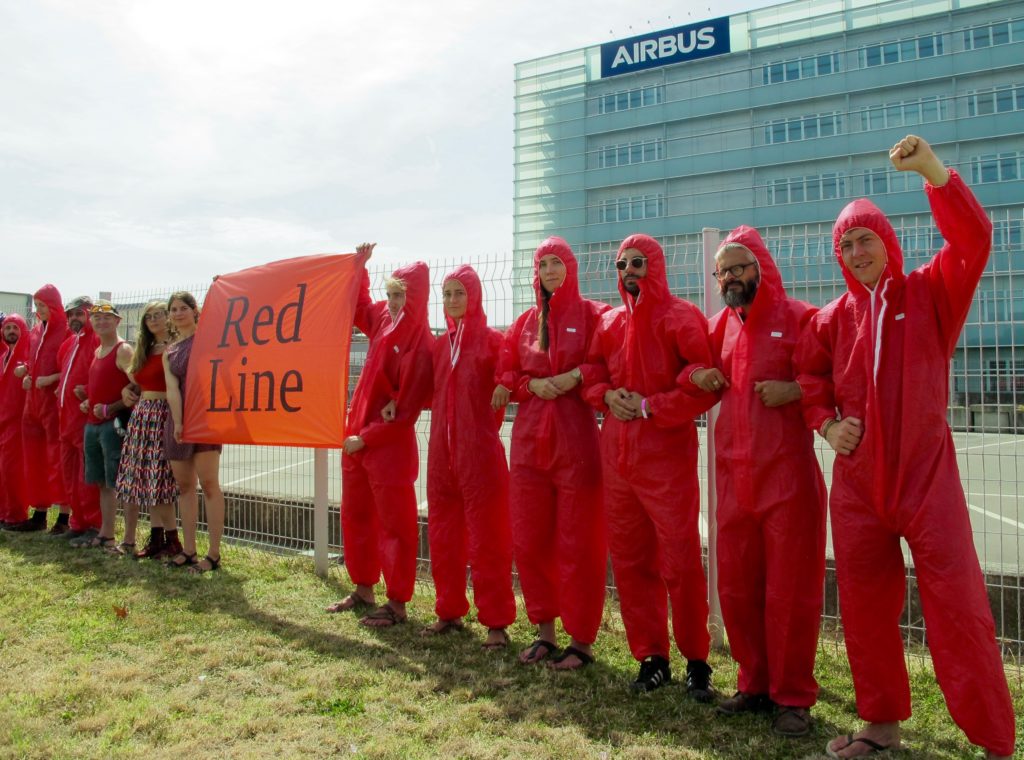 Airbus and Boeing together control almost the whole market of aircraft manufacturing. The duopoly accounts for 92% of the aviation CO2 in the atmosphere.1 Every 1.5 seconds an Airbus takes off or lands.2 Airbus forecasts doubling of its passenger jet fleet over the next 20 years, with 34,900 new aircraft to be built by 2036.3 Aviation produces already a significant part of the world’s total greenhouse gas emissions, despite less than 10 per cent of the world’s population are flying. At the same time, others are bearing the costs: Native communities losing their livelihood and the biodiversity, locals affected from noise and health problems, and people in the Global South already suffering from climate change. This is a crisis which will only become worse, as the emissions from aviation are expected to grow by 300 to 700 % until 2050. Around the world, 530 airports are planned to be constructed or expanded.

Resistance against this boom of aviation is rising. 25 organisations and groups from different countries have met in Toulouse (or via online conference) in order to collectively fight airport expansions and aviation growth. The meeting took place the 25th and 26th of August in the context of the European Summer University. On Sunday, the group organized protests at the Airbus headquarters and marked a red line, giving the clear message that our economy and society can only function within planetary boundaries, and that we as society need to define limits of growth and destruction.

« This is an action against Airbus and those who profit of its growth, not against the employees. Also people working in the aviation industry and international trade union members took part in our meeting. We want to fight together for a just transition, away from the damaging sectors of aviation and weapons – Airbus creates 20% its revenues in the weapon industry and Airbus is the second largest producer of weapons4 – towards good working conditions and decent jobs from which workers profit as well as the environment », explains Mira Kapfinger from the climate justice movement “System Change, not Climate Change!”

« Airbus, as well as airlines and airports, are being highly subsidized, which is why flight tickets are often so cheap in comparison to train tickets – even though flying emits about 18 times more emissions than going by train », says Magdalena Heuwieser from Finance & Trade Watch Austria.

“Stay grounded! Airbus growth cancelled due to climate change!”, the activists shouted in front of the headquarters. They also stressed the fact that Airbus should stop their involvement in the third Istanbul airport, destroying 76km² of farmland, forests and lakes.5 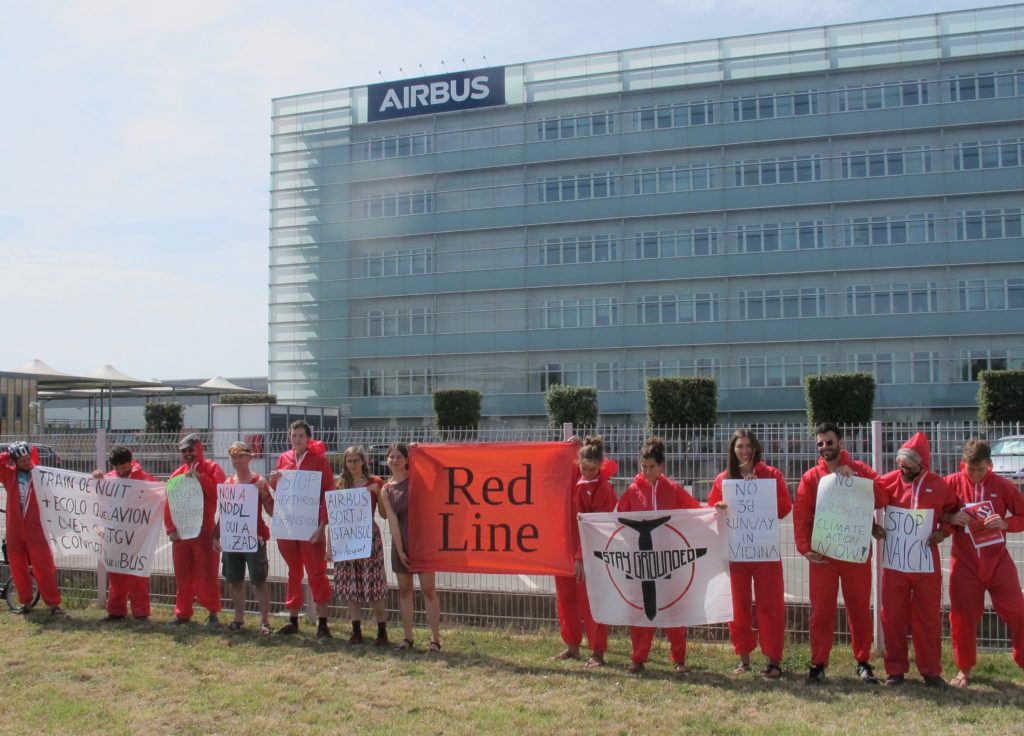