A third runway and an additional terminal is going to be added to Vienna International Airport. Passenger numbers are going to increase and Vienna is going to become a new aviation hub.

We are against this expansion. It is utterly irresponsible to invest in aviation infrastructure in times of climate change, because they guarantee additional emissions in the future. We advocate environmentally and socially just mobility.

Here you can take a look at the programme of the Stay-Grounded-Action-Day 2016: 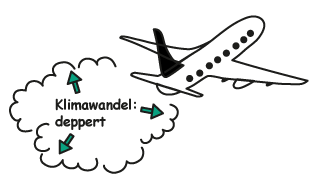 Bicycle demonstration and rally at the airport

10.30: Gathering at Karlsplatz for a colourful bike demonstration for the young and the young at heart

Bicycle demonstration
> Length: 20 km
> Return by train (S 7) possible
> Route
In case you don’t have a bike but want to participate in the bike demonstration on Saturday: We organized a possibility for renting a bike für 10 € a day. If you can’t pay that, the climate camp can cover the costs for you. The bike has to be fetched in Vienna on Saturday morning and brought back after the rally the same day. If you’re interested tell us until Friday 18:00 o’clock, either at the info tent (climate camp) or by sending an e-mail: info@systemchange-not-climatechange.at

Arrival to the airport rally by train: Train station Vienna Airport / Flughafen Wien
> There is a train every 30 minutes from Vienna  (S7) (time of the journey: 25 minutes from the city center)

This action is part of a global campaign against aviation expansion projects “Stay Grounded. Aviation Growth Cancelled Due To Climate Change.” Check out: www.systemchange-not-climatechange.at/airport-action-days

Around this action day a Climate Camp is being organised near the airport. For more information visit:
https://systemchange-not-climatechange.at/english/climate-camp/