If it were a country, aviation would be the seventh largest greenhouse gas emitter. Flying is the fastest growing source of greenhouse gases.Between 1990 and 2012, emissions from flying increased by 76%. 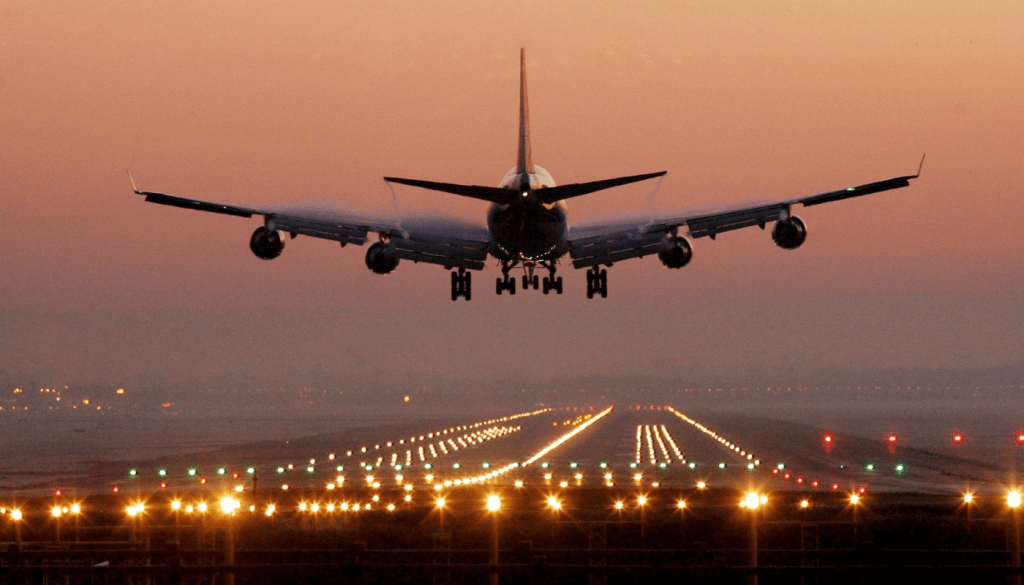 But the aviation sector is not covered by the UN Framework Convention on Climate Change. In 1997, governments decided to exclude aviation and shipping emissions from the Kyoto Protocol. They handed over responsibility for reducing emissions from flying to the UN’s International Civil Aviation Organization (ICAO).

In the 19 years since the Kyoto Protocol, ICAO has been spectacularly ineffective at reducing emissions from aviation.

Every year more and more people are flying. More than one million “super commuters” in the USA take the plane to work.

A certain amount can be done to make aeroplanes more efficient. But these changes are slow. The industry isn’t going to scrap all its existing planes to replace them with more modern, more efficient models.

Biofuels are one option that the industry is looking at. But a vast area of land would be required for biofuel plantations to feed the aviation industry. That means either clearing forests, or taking over agricultural land that is currently used for producing food. And   biofuels are not carbon neutral.

Resolution A38-18 includes the following statement:

to promote sustainable growth of aviation, a comprehensive approach, consisting of work on technology and standards, and on operational and market-based measures to reduce emissions is necessary;

ICAO assumes that the expansion of avation is inevitable, and that growth should be promoted.

In theory, carbon trading reduces emissions in one place and allows them to continue somewhere else. In practice, the clean development mechanism massively increased production of HFC coolant gases purely to profit from carbon trading and in the process making climate change worse.

The entire point of a market-based mechanism (or carbon trading, as it used to be known, before the term became too controversial) is that it gives the impression that something is being done, without the necessity to reduce emissions from burning fossil fuels.

Aviation offsets: A lifeline for REDD?

ICAO’s next General Assembly will take place in Montreal from 27 September to 7 October 2016. During the meeting ICAO is supposed to reach a decision on what this carbon market will look like.

On 3 September 2016, the USA and China put out a joint statement supporting an agreement in Montreal;

Today, the United States and China are expressing their support for the ICAO Assembly reaching consensus on such a measure.

But the discussions so far have not gone well.

There’s a repeat of the debate from the UNFCCC negotiations between the rich countries and the Global South about whose responsibility it is to reduce emissions. That’s “common but differentiated responsibilities” in UN jargon.

Even if ICAO does agree a carbon trading deal in Montreal, it will be voluntary for the first five years. Bill Hemmings of Brussels-based NGO Transport and Environment told Reuters,

“Aviation, in particular, will need to make a fair contribution on the needed emissions reductions. A voluntary scheme will not achieve this.”

But this is a bit of a red herring. A voluntary carbon trading scheme would make a completely useless proposal to address climate change even more useless. With the prospect of introducing the completely useless version at some point in the future.

One of the discussions in Montreal will be whether to include REDD offsets in ICAO’s offsetting scheme.

As a way of addressing climate change, offsetting flying against the carbon stored in forests would be insane. Not only would such a scheme allow the aviation sector to continue expanding and to continue burning fossil fuels, it would rely on carbon being stored in forests. Yet as climate change worsens, the risk of these forests burning and returning the carbon to the atmosphere is increasing.

REDD proponents such as Kevin Conrad and Norway’s Per Pharo are in favour. But more than 80 NGOs (including Greenpeace and Friends of the Earth International) have signed on to a statement opposing ICAO’s offsetting plans.

Offsetting: “Worse than doing nothing”

Climate change is getting worse. The last 12 months has been the hottest on record. Glaciers and sea ice are shrinking. In 2015, James Hansen and a team of climate scientists warned that sea level could rise 10 times faster than previously predicted. Heatwaves are longer and more intense. Heatwaves last year in India and Pakistan killed thousands of people. In May 2016, India recorded its highest temperature ever.

Forest fires, flooding and droughts are getting worse. Hurricans in the North Atlantic are getting more frequent and more intense. Permafrost is melting. As it melts it’s releasing methane. And anthrax. Permafrost covers 20% of the earth’s land surface.

“Offsetting is worse than doing nothing. It is without scientific legitimacy, is dangerously misleading and almost certainly contributes to a net increase in the absolute rate of global emissions growth.”

The last thing we need now is a massive new carbon trading mechanism that will allow hundreds of millions of tons of fossil fuel carbon to be emitted to the atmosphere. But that is precisely what ICAO is proposing.